Grapevines have been here since the Roman era. In the early 20th century, Maitre Coutin, a notary in Jonzac, inherited a vineyard in Bourg. He was soon enamoured of it, and the property became known first as Le Cru du Notaire and then as Château Le Clos du Notaire. Since 1974, Sylvette and Roland Charbonnier have been making their own history at Le Clos du Notaire, centred around the mysterious Gloriette that reigns over the vineyard. Most recently, after intensive training on winemaking lasting several years, Amélie Osmond and Victor Mischler took the mad gamble of taking over the winery to give free rein to their passion for vine and wine. Come and discover the mysterious Gloriette as you stroll through our grapevines. You can then taste the property’s red and rosé wines, which are showered with praise each year by the greatest tasters.

Accessible to people with reduced mobility

The vineyard is present since the Roman time. At the beginning of the 20th century, Sir Coutin, solicitor in Jonzac, inherits from a Côtes de Bourg wine-making property. He got hooked and quickly the property was known as "Le Cru du Notaire" then "Le Clos du notaire". 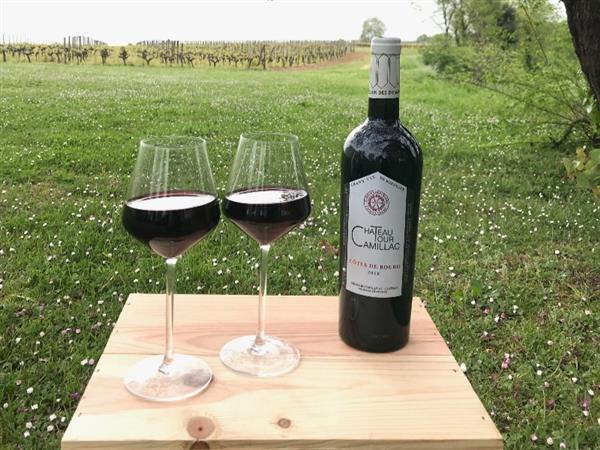